The issue of child custody is the most common dispute in family law. As should be expected, parents are extremely concerned with the safety, education, and overall well-being of their children. Custody disagreements between parents are some of the most emotional, heart-wrenching times in a family’s life. Custody decisions become even more difficult following a divorce or breakup, as parents tend to be distrustful of each other. Regardless of the state of affairs between parents, judges will always decide custody based on “the best interests of the child.”

Child custody issues can be very hard-fought among parents. Both sides should want what’s best for the child, but opinions may differ. One parent may use the issue to try to punish the other parent by limiting access to the child. Alderman & Hutcherson represents parents to help them achieve their goals of raising well-adjusted children. The number one goal in a custody case is making sure the minor child is protected.

Child custody issues can be decided by the parents, with a judge reviewing the agreement to make sure it is in the child’s best interests. If there is no agreement, the issue can be litigated, with the Judge making the custody decisions. In most cases, at some point in the process the parents reach an agreement. Whether a child custody dispute is resolved through negotiation, mediation or litigation, we protect our client’s interests and the best interest of their children.

If the child is fourteen or older, he or she can choose the parent with whom he or she wants to live. This choice is not always final but is given much weight by a judge, who would approve as long as it is in the child’s best interests.

When a court decides which parent gets what kind of custody, the focus is always on the child and what is in his or her best interest. Generally this means having both parents in the child’s life. A judge will look at a number of factors when deciding which parent should have which kind of custody:

Visitation, as opposed to physical custody, is the ability of a parent to spend time with the child for relatively short periods, which can range from hours to weeks. Courts generally encourage a child’s contact with both parents, even in instances where there are life issues that make the time limited. In some situations the Judge orders supervised visitation, which enables the child to spend time with a non-custodial parent while also having some protective measures in place.

After an initial custody order is entered, it can be changed as time passes.

Another reason parents may be back in court is that one claims the other is violating the custody order’s terms and conditions. 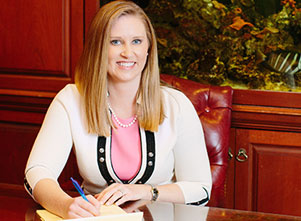 The attorneys at Alderman & Hutcherson will make sure you know the strength and weaknesses of your particular custody case. This way you have a clear understanding of not only the law, but also a realistic expectation of potential outcomes. The hardest part of child custody disputes is to ensure that each client understands the strengths and weaknesses of their particular case so they are enabled to make the best child custody and parenting plan decisions for themselves and their families.

If you have a child custody question or concern, it is time to contact Alderman & Hutcherson. We will discuss your situation, the laws that apply and how you can best protect your interests and those of your child. Everyone needs some certainty in their life — and this is especially true for children. With a custody order, all family members know their roles and what is expected of them. Call us today at (478) 476-9110 for help finding a resolution to your child custody problems, or use our convenient online contact form.